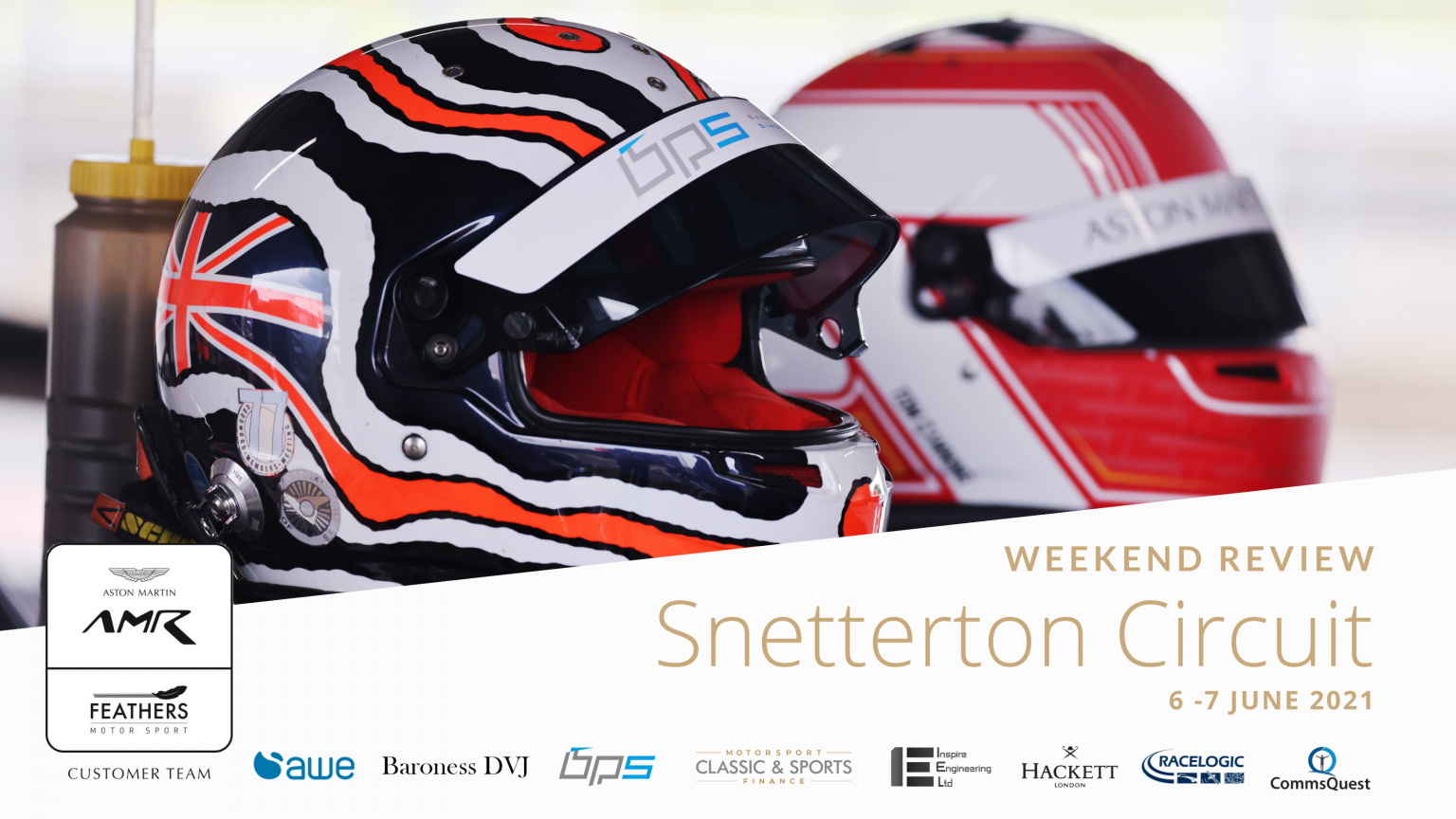 Feathers Motor Sport [FMS] was declared a GT Cup GTH Class race-winner for the third time this season, after the team was awarded victory in the second Pit Stop race of an eventful four-round Snetterton weekend (5-6 June), with their Aston Martin Vantage GT4 driven by James Guess and series debutant Tom Canning.

It means FMS has now secured at least one GTH Class podium finish in all three GT Cup meetings so far this season, following a double-victory at Donington Park and a strong second place at Brands Hatch. At Snetterton, the team finished second on the road but the car that finished ahead of it was found to be underweight.

The duo gelled quickly and once again FMS’s Aston Martin showed front-running pace in the GTH Class throughout the weekend. Unfortunately, the team didn’t carry the luck to match its speed in Saturday’s two races.

In the first Sprint race (for Am drivers only), Guess started third in class, and having taken second on the opening lap, moved into the lead at half distance. But an uncharacteristic spin and a subsequent brush with the barrier dropped him to the back of the pack. Despite front-end damage he fought back to finish 10th.

Determined to make amends in the Pit Stop race and starting from fourth in class, Guess was instead collected by a Lamborghini with steering issues on the second lap, which damaged the Vantage GT4 and caused a puncture. The car returned to the race and in the hands of Canning set the fastest lap, but nothing could be done about the lap lost in the pits.

Sunday represented an opportunity for a fightback, which FMS duly seized after some brilliant teamwork over night to repair the Vantage. Starting 12th in class, Guess fought his way up to fifth despite feeling unwell; his best race lap enough to put the team fourth on the class grid for the final Pit Stop race.

Guess put in a stellar opening shift in the final race, staying with the leading pack of GTH cars – some of which had ‘Silver’ licensed GT drivers at the helm. He handed the Vantage over to Canning at half distance in fourth place, and the youngster then instantly went on a charge, moving up to third within a lap.

Canning closed on the Greystone and Orange Racing McLarens in front and the trio ran in close company until the Orange car made a mistake. That put Canning into second, but with a slow-moving GT3 car in between him and the class leader, he was forced to settle for the runner-up spot on the road. This was revised to race winner earlier this week by the GT Cup organisers.

“After a tough first day, where it’s fair to say we were in the wars,” said Guess, “we bounced back with our third win of the season on Sunday. The team did an amazing job to repair the car after Saturday and the Aston Martin was fast in both of Sunday’s race. Victory is a great reward for all their efforts and no less than we deserved.”

Canning added: “It was great working with FMS and James for the first time, and it’s brilliant to have a win on my series debut. The team is a fantastic bunch and everyone cares as much as the next about winning races. It made the weekend really enjoyable. We had some unfortunate incidents on Saturday, but we showed strong pace, and the car felt good, so we knew we had the potential for a strong result coming into Sunday. James did a great job in Sunday’s Sprint race to run with some of the Pros up front. I managed to pick off two of them, but sadly a GT3 car between myself and the class leader meant there was little more I can do. I’m very pleased we were given the win and I’m looking forward to returning to the team later in the year.”

Team principal Simon Rose said: “We experienced the lows and the highs this weekend. Saturday was tough on-track, but what it showed was the skill and depth of team spirit in FMS to both repair the car and make it competitive for Sunday. Then of course the victory from James and Tom in the second Pit Stop race allowed us to restore the momentum we’re enjoying so far this season. I’d have preferred us to win the race on-track, but given the weekend we had, this victory means a great deal.”

FMS is now 14th overall in the GT Cup Championship standings and is second in the GTH Class table with 140 points, 35 off the lead.

The series continues with Rounds 13 and 14 at Oulton Park on 3 July. 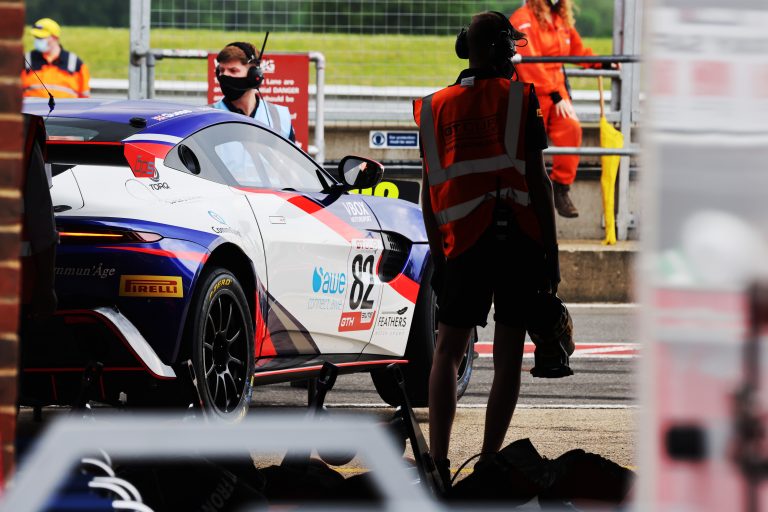 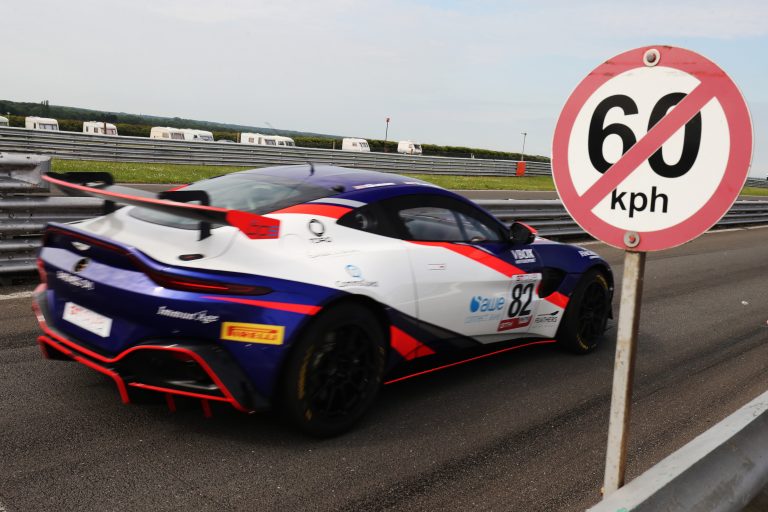 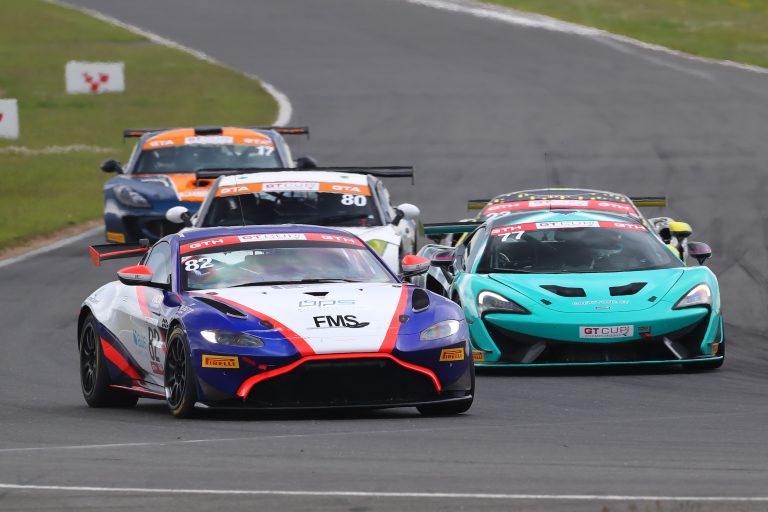