The Northamptonshire-based team, racing their new Aston Martin Vantage GT4 for the first time, recorded two GTH Class wins, a second place and a sixth to move to the top of the class standings with drivers James Guess and works Aston Martin Racing ace Darren Turner.

The two 50-minute ‘Pit-Stop’ rounds, held on the Saturday of the May Day Bank Holiday weekend, marked a high-point for the UK-based GT racing series with a record 45 cars entered at the Kent venue.

With so many on track it was critical for the Northamptonshire-based team, racing its new Aston Vantage GT4, to put track position at a premium as it sought to maintain its GTH Class Championship lead. Particularly since two victories at Donington meant it would have to serve a 20s success penalty during its first mandatory stop. 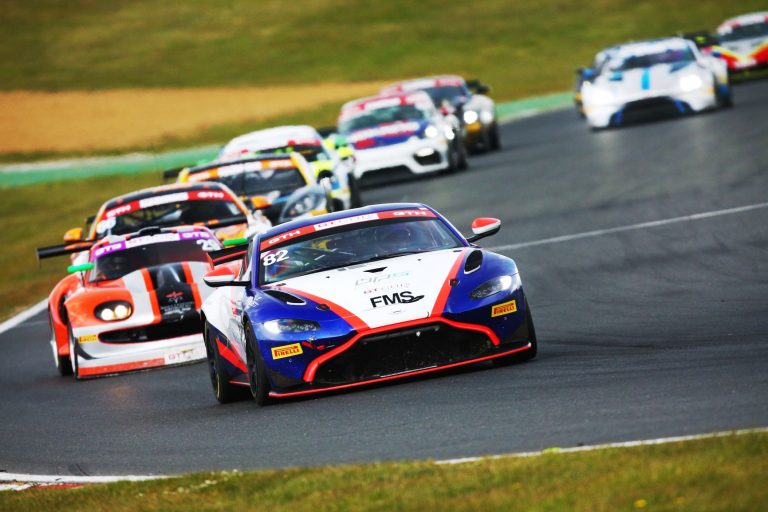 Feathers Motor Sport [FMS] was declared a GT Cup GTH Class race-winner for the third time this season, after the team was awarded victory in the second Pit Stop race of an eventful four-round Snetterton weekend (5-6 June), with their Aston Martin Vantage GT4 driven by James Guess and series debutant Tom Canning.

It means FMS has now secured at least one GTH Class podium finish in all three GT Cup meetings so far this season, following a double-victory at Donington Park and a strong second place at Brands Hatch. At Snetterton, the team finished second on the road but the car that finished ahead of it was found to be underweight. 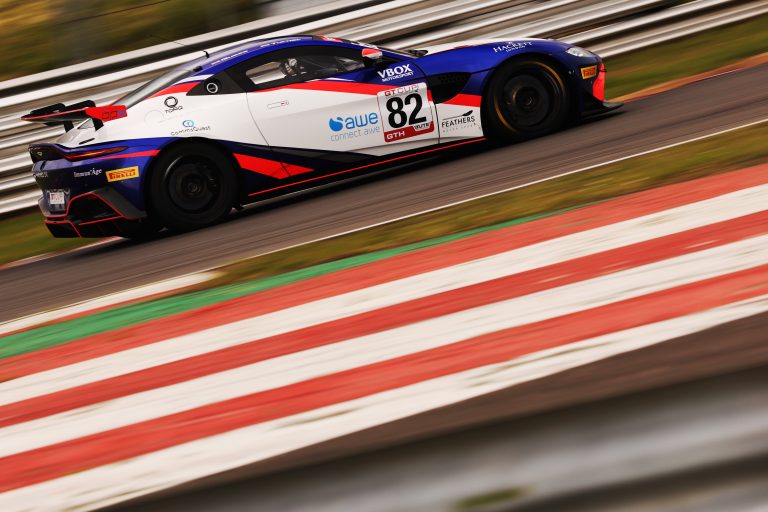 Feathers Motor Sport [FMS] maintained its run of GTH Class podium finishes in the 2021 GT Cup with a storming charge to second place in the latest round of the series at Oulton Park on Saturday (3 July).

The team’s regular driver James Guess was joined once again by the 2019 British GT4 champion Tom Canning – who stood in for Darren Turner – and the duo found themselves right in the thick of the action during a hectic one-day meeting featuring two 40-minute Pit Stop races. In fact, such was the competitiveness of the FMS Aston Martin Vantage GT4 at the Cheshire venue that the team came away frustrated not to have captured its fourth class win of the season. 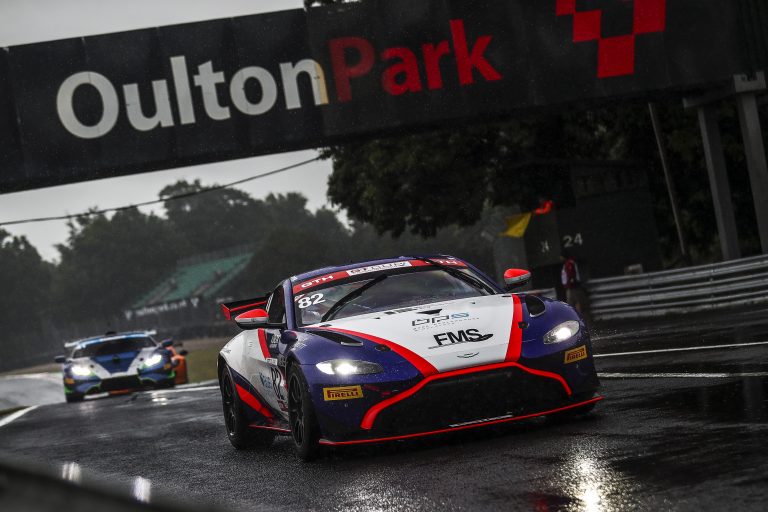 Feathers Motor Sport (FMS) returned to winning ways in the 2021 GT Cup at Silverstone, as the Northamptonshire-based team took a victory and a second place in the GTH class with its Aston Martin Vantage GT4 on Sunday.

In an eventful double-header meeting that comprised rounds 13-16 of the multi-class GT series over the 14-15 August (and included two sprint and two pit stop races), James Guess and works Aston Martin Racing ace Darren Turner fought back from a challenging Saturday to cover themselves and the team in glory on Sunday. 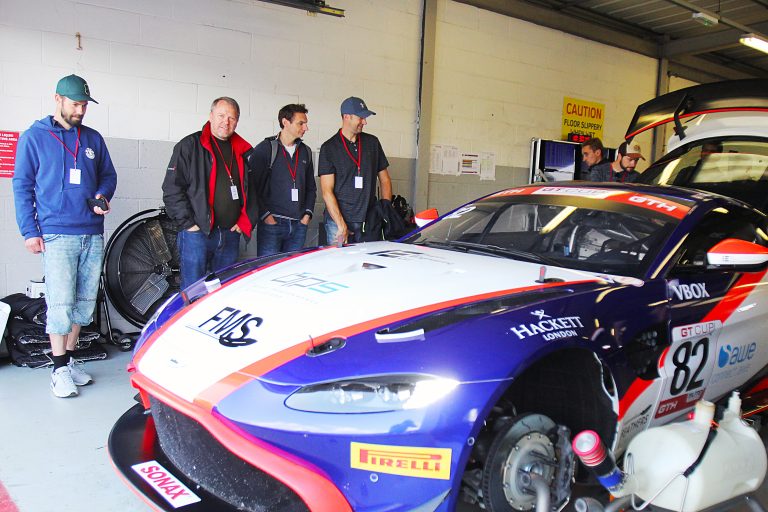 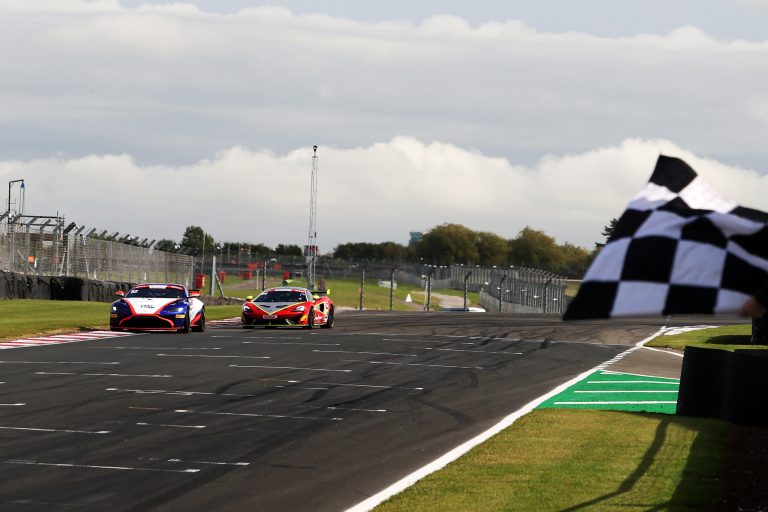 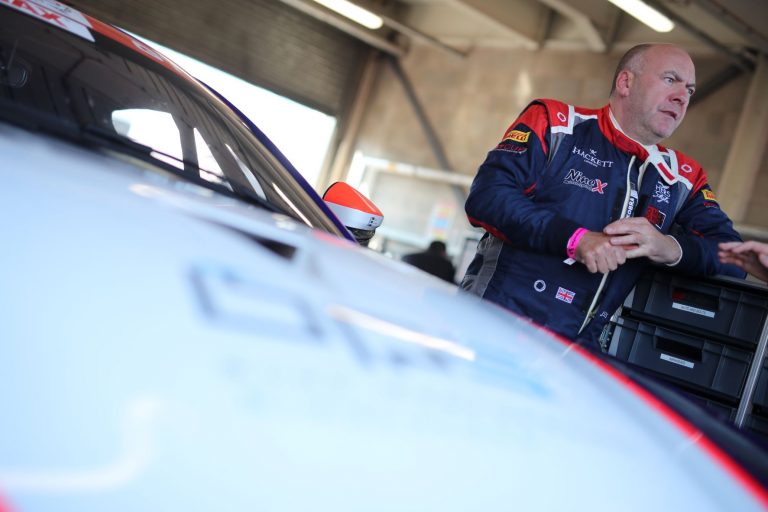 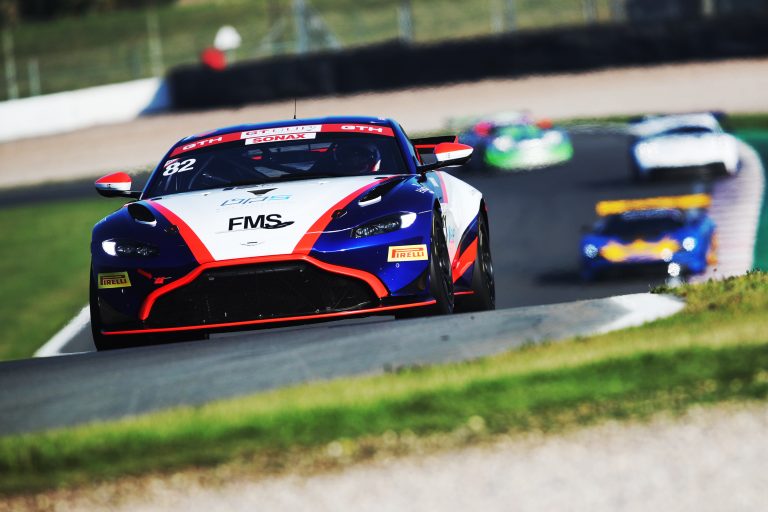 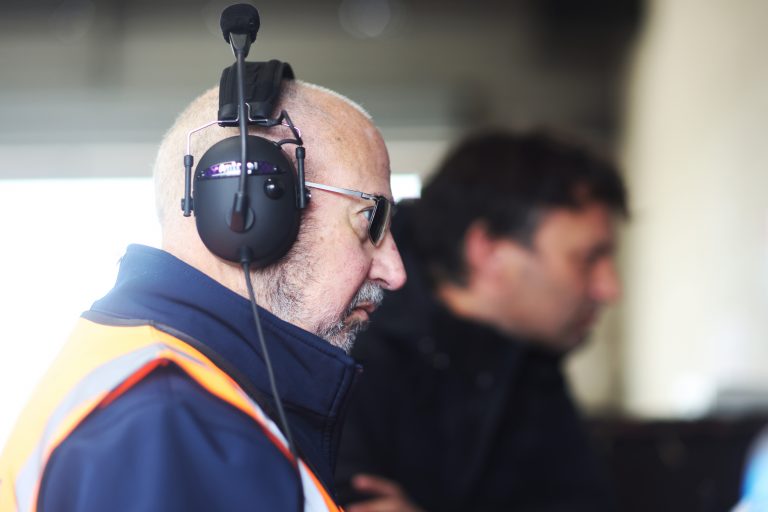 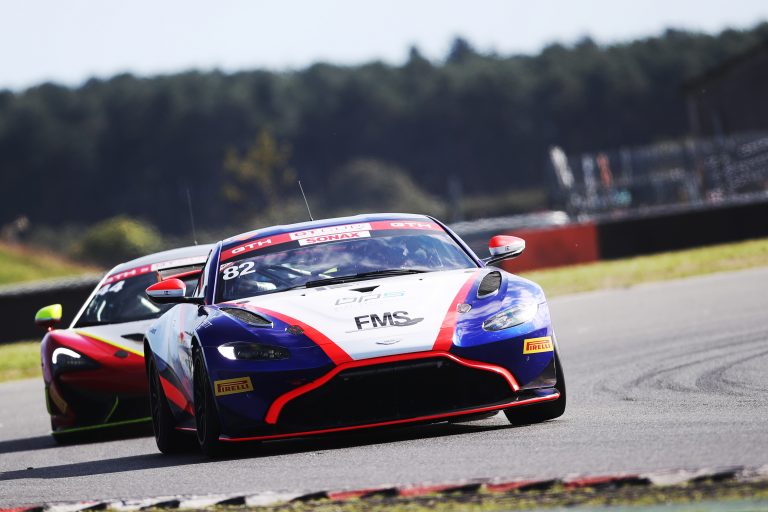 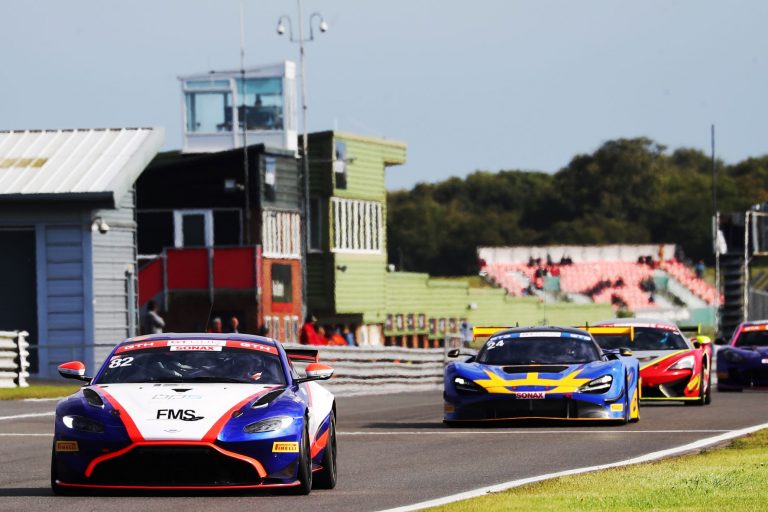